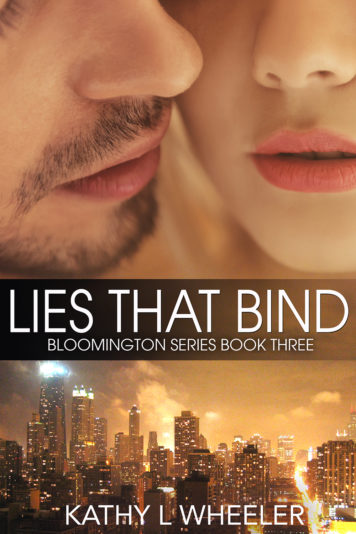 Amazon and Free in KU

A modern day woman shouldn’t have to marry for convenience to protect the identity of her child and that’s exactly the situation Kelly Mancer finds herself. But danger has a way of changing a woman’s mind.

Alex Gentry needs Kelly. Convincing her to help, however, in his pursuit of a dangerous enemy who’s enamored his younger sister is proving a tad more difficult.  When the tables turn and Kelly becomes the prey, Alex may save his sister, but at what cost?

“I need your help,” he said. Though tough, he smiled slowly and managed to keep his tone light.

“I haven’t seen you in over five years. How could I possibly be of help?”

Convincing her he did need her help might be more difficult than he’d envisioned. Carefully striving for an even tone, he said, “Because you’re the only one who can.” Yep, there was the husky edge.

An indelicate snort met his ears. “With what?”

Her intelligent eyes zeroed in on him, their greenish-gold appearing almost indistinguishable from their darker rims. “I thought we agreed that my position had ended.” Her voice dropped.

“Interesting. I don’t remember anything of the sort,” he said. “In fact, from my recollection you disappeared before the acquisition’s final completion.”

“My time at Wildcat was finished,” Kelly said, flatly. She stood poised, ready to run. “You did what you set out to do. And I…I had family issues to attend to.” Her gaze shot to the space behind her.

Anger pierced him, again. She was doing her best to distract him, just like she’d managed that long ago Friday afternoon. Her sudden indifference when he’d returned from Chicago burned in his memory. A memory that still had the ability to infuriate him. All the teasing banter they’d shared the weeks before, gone. Replaced with a quiet reticence. Nothing he’d said or did could draw her from the sudden steel shell she’d encased herself in.

Alex glanced to her left hand. Bare of any jewelry. With his relief came a surge of warmth that rippled through his entire body. He lifted his gaze and wondered how the dull lighting failed to dim the shine in her black hair. Made him wonder how he’d managed to contain his urge to consume her five years ago. And how now he still craved her.

Thankfully one couldn’t be convicted by just thinking someone luscious and desirable. Even pissed off, he wanted her spread and ready beneath him. He cleared his throat, shifted his stance lest she read the telltale signs swelling before her.

The cautious modulation in her voice succeeded in cooling his ardor—some. He searched her face, surprised at the strain around her mouth. “I have other responsibilities now,” she said. Her open palm gestured toward the darkened hallway. “You met my daughter, Taylor?”

“Ah, yes, Taylor.” Warmth crept up the back of his neck. He had forgotten the tiny warrior ensconced in the other room.

Damn it, Kelly had cheated him and her of an opportunity to see—see if they’d had something to build on. He repressed his antagonism and gave her a stoic glance, letting her statement hang in the air.

She bristled with irritation, fingers clenched into fists at her sides. His insensitivity certainly wasn’t making any points in softening her up. Well, why should he care? She was the one who’d disappeared without a word. She’d managed until now, hadn’t she?

Well, he had a sister to save hell bent on ruining her own life. And Kelly was his best option in nipping that problem. Samuel Eckert’s desire for Kelly had been common knowledge in the Wildcat days, and Alex had every intention of exploiting the bastard’s desire in rounding up his rebellious younger sibling.

“Your aunt lives in town? Maybe she can help you out. That’s why you moved to Bloomington, isn’t it?”

Her eyes widened. “Help me out how? What on earth are you talking about? And how do you know about my aunt?” She didn’t sound angry, he realized. More like—flustered and surprised.

“This is a small town. I have a brother here, remember?” Not to mention Kelly worked for his sister-in-law, Lorianne, at Renewed Interest Used Books, a fact he’d only learned recently.

Kelly brandished her head back and forth, and in a business, matter-of-fact projection from earlier years, she said, “As much as I appreciate your graciousness toward my situation, I’m afraid helping you at this time is not a possibility.”

A shadow of smile touched her lips. “I am a single parent, Alex. I saw you looking for a ring.” She didn’t elaborate. Instead, she clasped the edge of the door shoving it closed, but he was quick. He placed his booted foot on the threshold, blocking the inevitable slam, his palm against the shoddy framework.

The small smile disappeared and her mien turned fierce. “You have no idea what I need,” she hissed. “I have no intention of getting involved with anyone from that period in my life. Ever.”

Alex was at a loss at this turn in her demeanor. “I don’t understand, you knew the company was going under. You even helped.”

“And I’d do it again in a heartbeat.” Though she said this under her breath, her bitterness surprised him.

Alex gauged her carefully, noting the taut shoulders and clenched jaw. Neither flowed with the soft flowery scent surrounding her. He kept his hand on the door, conscious of resisting the impulse to brush back a stray strand of her black hair. He inhaled deeply. “I wouldn’t ask it if it wasn’t important.”

“You mean important to you,” she accused.

The drop of her shoulders was slight, a softening. Alex took advantage by stepping through the door before she made good on that slam.