We’re talking deleted scenes today. Karalee Long is here to share one of hers and why. 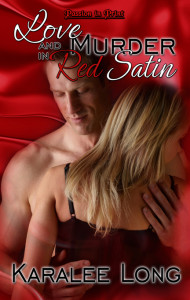 Allie Blair, a divorced marriage counselor accused of murdering her ex-husband, tries to prove her innocence but unwittingly accepts the help of the man who wants to prove her guilt.

Greg Weston, a Denver homicide detective, vows to bring his cousin’s accused murderer, Allie Blair, to justice.  To win her trust, he signs up for a class she’s teaching:  “What Women Want.”

When Allie becomes a target of the actual killer, her sizzling chemistry with Greg ignites passion too hot to ignore.  But Greg knows even if they survive, he’ll lose Allie when she learns he’s a cop.

In this scene Allie is missing, and Greg fears the killer has her so he’s questioning everyone he thinks might know where she is.

He’d just introduced himself, and she already sounded alienated.  Was Melissa Zooker passing the word about him?

“I was at the Tiller’s when you called Jake to see if he knew where your husband was.”

“I heard she’s missing, too.”  Mrs. Goode opened the door wider and stepped back, wiping her eyes.

He entered a small living room with an old, bulky TV in the middle of the wall to the right and perpendicular to the front door.  Sitting on top of the TV was an eight by ten photo of a boy.  He figured it was the child the Goode’s lost.

“That was Billy, our son.  He was only ten when he left us.  He’d be thirteen today.”

Greg started to offer his sympathy, but she kept talking.

The base of his skull started tingling.  Another missing man, and this one had a gun.

“No.  It’s a pistol.  I called the police, but they said not enough time has elapsed to file a missing person’s report.”  She pulled a tissue from the pocket of her knee length shorts, wiped her eyes, and blew her nose.

“How long has your husband been gone?”

For one thing I had not paid attention to word count and greatly overwrote the story. Since Mr. and Mrs. Goode were secondary characters in a cast of many, it made sense to cut the length of time they were on stage.  One of my writing weaknesses is having too many characters.  I love putting characters on the page and then turning them into people with their own stories.

For more information on Karalee Long, check out her website. 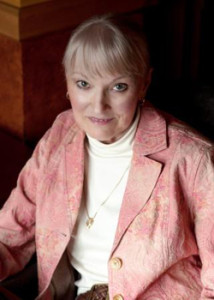