Followers of my blog know I love movies. I especially love getting the DVD with extra features. One of the features I enjoy is deleted scenes with the director’s comments. I’ll watch first without the director to see if I can figure out why the scene was cut then watch 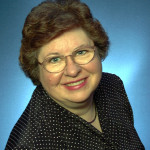 again to see if I was right. I know they shoot many, many scenes and then whack away—sometimes because of time limitations and sometimes because the scene is redundant or slows down the story.

It’s somewhat the same when writing a book. The writer throws so much into the story then has to go back and whack away. That was very true for my romantic suspense One Red Shoe. The story started years ago (I hate saying how many) with a writing exercise at a Mid-Michigan RWA meeting. From there, my imagination took off.

When I decided to submit it to The Wild Rose Press, I carefully read the submission guidelines. One thing stood out. They want the point of view limited to the hero and heroine and if necessary a third character. So I asked my friend who is an editor for TWRP how strict were they. The answer? Pretty strict. I cringed. I had nine. To me, it made the story more interesting getting into those characters’ heads. Recently, there was a mini-discussion on Facebook over multiple POVs and the consensus seemed to be that being in too many characters’ heads was too confusing.

So I had to ask myself who did I want to please—the reader or myself? I sure didn’t want to confuse the reader. My solution? Whack away. Well, not totally. I rearranged certain scenes so that they were in one of the four major character’s POV. Was that ever hard! Some scenes just had to be deleted.

Here’s a scene that had to go. The setup for this scene: When Daria and Sam, on the run from Russian assassins, escape from a safe house, she surprises one of the assassins—his pants down preparing to squat. She straight-arms him and knocks him into the bushes. The results are in his POV.

Ivan Korioff stood on the other side of the hedge. He was still shaking. And his chest hurt where the woman hit him. Bitch. When he caught up with her, he’d make her pay.

His cell phone vibrated on his hip. He didn’t need to check the lighted display to know it was Yuri.

How was Ivan going to explain he’d let the American spy and his bitch get away? It was all Yuri’s fault. He wouldn’t stop even though Ivan said he needed to relieve himself. But Yuri was angry about missing Jozwiak at the hotel. He didn’t even thank Ivan for getting the information about the woman’s car. Ivan hated to waste American dollars on bribes. But Yuri said in America money always worked better than torture. Ivan reluctantly agreed after the way the valet’s eyes lit up when Ivan added a second bill.

Ivan shuddered to think what his father would do. From the time Ivan was eight years old, his father made him watch as underlings were tortured—sometimes for mere infractions.  Ivan needed to think quickly. Yuri was sure to drive around—the old man never walked if he didn’t have to.

Yuri must have heard the commotion from inside his luxury American automobile. He would expect that Ivan captured the thief. Yuri would come and check.

Ivan walked down the path where Jozwiak had hidden the car. Staying in the shadows, he checked the street. No one was coming. Ivan sprawled on the sidewalk, gritted his teeth in preparation for the pain, and slammed his head on the cement.

This is how I salvaged this scene:

“What happened?” Yuri asked when he helped Korioff up off the sidewalk.

Yuri helped the heir apparent to a powerful crime syndicate into the car. When Korioff touched the back of his head and moaned again, Yuri retrieved a chemical ice pack from the First Aid kit under the seat. Those Americans invented the most useful items. Give the bag a twist and a shake and it became cold without refrigeration. Amazing.

Later, when grilled on the phone by Ivan’s father, Yuri wonders whether he faked the injury.

From this scene and many others, I learned that I could get the same information across while staying in one of the four main characters’ points of view. A secondary character was so intriguing (to me) that I saved one of her deleted scenes for a book where she’s the main character. 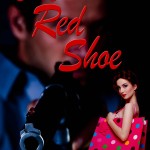 Blurb for One Red Shoe:

Daria Mason’s life is too predictable. Nothing ever happens in her small Iowa town where everybody knows everybody else. But when she travels to New York City looking for a little excitement, she never expects to bring home a wounded spy.

From the moment agent Sam Jozwiak steals intel vital to US security from a Russian Mafia kingpin, Murphy’s Law takes over. No matter how he covers his tracks, the kingpin’s assassins find him. What’s worse than getting shot in the butt? Accepting help from an Iowa tourist.

Sam and Daria flee cross country with the assassins right behind them. Sharing danger and excitement—and a few kisses—with Sam soon has Daria convinced he’s the man for her. He thinks she’ll be better off once he’s out of her life for good. With their lives on the line, can she convince him they belong together?

One Red Shoe is available exclusively for Kindle: http://amzn.com/B00FDXRHZA

In January, it will be available in all ebook formats and in print.

Diane Burton combines her love of mystery, adventure, science fiction and romance into writing science fiction romance. Besides the Switched series, she is the author of The Outer Rim series about strong women on the frontier of space. One Red Shoe is her first romantic suspense. She is also a contributor to the anthology How I Met My Husband. Diane and her husband live in Michigan. They have two children and two grandchildren.

For excerpts from her books, visit Diane’s blog: http://dianeburton.blogspot.com/p/excerpts.html

Diane Burton is giving away a $25 Amazon Gift Card to a lucky commenter. To enter, use the Rafflecopter below or http://dianeburton.blogspot.com/2013/09/release-day-one-red-shoe.html

The winner will be announced on October 31st.

Thanks, Kathy, for helping me celebrate the release of my newest book.