My friend Celia Bonaduce (yes, she’s related…I’ll let you figure that one out), and I have known one another about five years. We are kindred spirits of a sort. She is here today offering her advice to ALL authors… We’ve spent the weekend in Red  River catching up with several of our  Jodi Thomas Pioneer cronies,  Gina Hooten-Popp, Jan Morrill, Ann Greenfield, Ann Hawkins, and moi, Kathy L Wheeler. Just outside our condo we happened upon this… 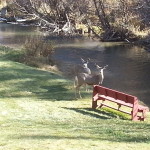 What could be better, than seeing old friends and beautiful creatures.River, New Mexico

Take it away, Celia:

Writing is like dieting.  Take your eye off the ball and you might get frustrated and quit.  Losing weigh and plotting a new novel can both be frustrating and slow going, but the results are worth the effort.  The secret to both is simple – commit to it.  But writing presents an added challenge: finding the time to actually do the work.  Much like dieting, most of us have tried every approach to figuring out how to find the time to write. Every writer is different, with a different style, a different story to tell and a different way of telling it, but some truths remain constant.  The goal behind a diet is to lose weigh, the goal behind structuring time to write is having written pages.  Slow and steady pretty much works best with either one.  Here are three suggestions that might help you figure out how to carve out some time for yourself.

Rule Number One of getting words down on paper:  Be realistic.  Just like a diet, don’t set yourself up for failure.  You know your schedule better than anyone.  Do you have the time to write 3 pages a day?  Unless you are on a deadline, that’s your number.

I had promised myself that I would find the time to write ten pages a day.  The problem with that method is that should I miss one day,  or two, or three, I am sure as hell not going to write twenty the next day, or thirty the day after.  At some point, the gods of chutzpah will kick me in the butt – and I still won’t have any pages.

Rule Number Two: Writer, know thyself.  In order to structure your time, you need to know if you are more effective forging ahead and writing as fast as you can, plot and clunky story structure  be damned – you’ll fix it in the rewrite – or do you need to make sure every character and every plot point be exactly where it needs to be before you move forward.  Again, a writer needs to figure this out for his or herself. But figuring it out and sticking to it is key.  You can’t count carbs one day and calories the next.

Rule Three:  Exercise your brain.  For years, I could only write at my home computer in complete silence.  Then a deadline came up and smacked me upside the head.  Just like hitting a weight plateau, something had to give.  I forced myself to learn to write in coffee shops, in airports, on planes, in hotel rooms.  One great benefit from this was I found hours of writing time I didn’t know I had, but more than that, working out in the world gave me fresh ideas.  It was as if I had been using the treadmill at home and then decided to go to a gym where I met the man of my dreams.  Ok, not that exciting, but still pretty cool.

The secret to losing weigh is simple – eat less, exercise more.  The secret to writing is even simpler – write.  I hope you find the time.

Kathy: Celia has worked in television her whole life. Her parents were writers for many of the old shows, like The Dick Van Dyke Show, Bonanza and Laredo. She, herself, produces and directs the show House Hunters on HGTV, and is well on her way to becoming a successful novelist. She has signed a three book deal with Kensington. Two of which are currently available. She is a humorist you cannot afford to pass up.

On a side note, the Pioneers are a truly unique group made up of fourteen authors who took the first 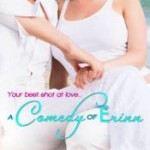 class Jodi offered for her Writer’s Academy at West Texas A&M about five years ago. Each year, those of us who can, strive to get together sometime in the fall. This year we missed several members: Linda Joyce, Barb McMinn, Sue McMurphy, Romney Nesbitt, Mary Coley and Patty Stith.  Hopefully, next year… Happy Reading… Kathy L Wheeler 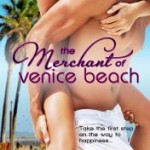