Visiting with BJ McMinn today. Leave a comment for a chance to win a preview copy of Lies That Bind, due out later next month.

Kathy: Jodi Thomas is a well renowned Western Historical romance author. When she began her Writing Academy at UT of

West Texas A&M, I was one of fourteen lucky individuals to belong to the first class. Jodi is, indeed, a terrific mentor to all those fortunate to meet her.  (I am telling you this for a reason.) That first class of fourteen formed a truly special bond and we dubbed ourselves the Jodi-Pioneers. Once a year, schedules permitting, those that are able still try to meet up. Which brings me to today’s post.  Jodi, too, has referred to us in some of her presentations, as such.

Today I’d like to introduce Barbara McMinn. She writes as BJ McMinn, and is also one of the Pioneers. 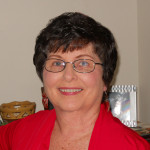 I never thought of writing The Prescott Series until I finished my first novel, Out of the Darkness. Being a romantic at heart, I fell in love with Jason and Jade’s story. Later, I began to wonder what happened to their children, so I paired two of them together in my next novel, Forbidden Desire. Always fair, I realized the others deserved their own story, The Seduction of Janey, and When Love Triumphs, came next. The Memory of You, is the last novel concerning the children. I am now working on A Woman’s Cowboy, the last novel that takes the reader back to the beginning, before Jason and his sister, Margaret, traveled west.

I will hate to say goodbye to the fictional characters that have become like family to me.

Read on for the Blurb and Excerpt for The Memory of You. 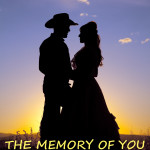 Blurb: Melissa had loved Cole Prescott all of her life, but he hadn’t returned her love. Broken hearted, she’d left White Oak, Kansas five years earlier. Now she had come home. She thought she’d put the destructive emotion behind her, until she saw him face to face.

Melissa Sutton was back, and Cole’s conscious plagued him. He had treated her shamefully, but she’d left town before he could apologize. When he met her again, guilt and love warred for preeminence in his heart.

Lies and misunderstandings had driven them apart. Could they find love again and build a future from the ashes of the past?

At the edge of town, Cole kept a tight rein on his horse to prevent him from making his usual headlong gallop into White Oak. Today he wasn’t as anxious to see Melissa as he’d been on his other visits. Anger still gnawed at him, yet he realized his anger was unjustified, and he needed to apologize. Besides, he couldn’t avoid her forever. Alex, her brother, was his best friend, and probably wondered where Cole had been the last few weeks.

He had avoided coming to town, but he’d ran out of excuses. His dad had begun to ask questions. Questions Cole felt too embarrassed to answer. Hoping to postpone the confrontation with Melissa, he halted his mount.

Yanking his kerchief from his pocket, he mopped the sweat from his brow and glanced skyward. He would have to pick one of the hottest days in August to express his regret over his surly behavior. He stuffed the damp kerchief back into his pocket and nudged his horse forward.

During the long days and longer nights, he’d felt torn by equal measures of rage and envy. When he recognized the stabbing pain in his heart as jealousy, he realized he had to apologize.

This morning, he’d finally mustered enough courage to face her again. He hadn’t seen her since that embarrassing episode, and he wouldn’t blame her if she never spoke to him again.

Reining his horse to a halt in front of the feed store, he glanced through the large plate-glass window. Mr. Sutton sat at Melissa’s usual place, writing in a ledger. Where was Melissa? It was one of her duties to record sales and receipts, not her fathers. He tilted his head so his hat shaded his eyes from the bright sunlight and searched the room, but there was no sign her. Was she sick, injured? His heart constricted at the thought that she might be seriously ill.

Thank you for visiting, Barb. Come back, again.