Mary: Mystery and romance. There’s nothing more entertaining and intriguing than a puzzle to solve and characters who get 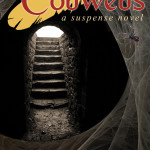 into your heart and stay there. That combination is the pull in my suspense novel, COBWEBS, But there’s more,  a real life historical element – a cold case with files open even today.

In the 1920s, full blood members of the Osage Nation in Oklahoma were under attack. It was a new type of Indian War, but just as deadly. The tribal members had become wealthy beyond belief; the Nation (all members together)  owned the oil and gas royalties to the lucrative fields beneath the surface of Osage County Oklahoma. Tribal members listed on the Roll of 1906 received monthly checks for their individual portion of these mineral rights. But they cared little about this wealth. Money had no importance in their culture.

As I learned about this bit of Oklahoma history, and discovered I carried Native American blood in my veins, the story embedded itself in my psyche and cried out to be told.

Ten years ago, I drafted the first version of Cobwebs while working in Osage County. Professionally,  I was a nonfiction writer; I’d written nonfiction pieces for every job throughout my career. I’d  never attempted to write a full length novel from start to finish. Cobwebs became that novel.

Over the years, I edited and rewrote Cobwebs, received a lot of encouragement, but rejections from both agents and editors. It wasn’t quite ready. Then, more encouragement, and even a couple of tentative offers which never panned out.

But I couldn’t get the book out of my mind. I changed the POV from third person, to first; I added new suspense elements; I restructured; I honed my characterizations – and finally, the book had a new shape. My test readers raved. Cobwebs  won second place in the Oklahoma Writers Federation’s 2013 contest, in the Mystery-Suspense division.

This past summer the book became reality. Cobwebs had been a living part of my life, and now the book is like a little fledgling leaving the nest. But it’s not the end of this writer’s journey – a sequel, AntHills, is in second draft right now. 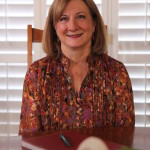 Take time to enter the world of mystery and intrigue in Cobwebs – A Suspense Novel. Enjoy – and remember – this cold case is still open. Now available on Amazon.com and for Kindle.

A story of family secrets, personal vendettas and a historical ‘cold case’, Cobwebs was created by Oklahoma author Mary Coley from a fascination with her home state’s often tumultuous oil and gas history and her own Native American heritage.

Kathy: You know? Everyone should have their own Jodi’s Pioneer group! Just sayin’
Thanks for coming by, Mary. I know you’ll have great success in all your future endeavors.