In 2009 my daughter came home from school and told me her friend asked her why her mommy didn’t have a job. I had been a stay-at-home mom since becoming pregnant with my son in 1993. This gave me pause. I realized I had more time since my two kids were becoming more independent. So I went to the Apple store, bought a MacBook, and told my family that I was going to write a book.
I’ve always been intrigued by how parents live through the death of a child. Being a mom, it’s always bothered me to see Amber Alerts and news reports about children who are kidnapped and found murdered. How do parents get through that? So I decided to write about the loss of a child at birth and how the couple deals with their subsequent grief, hence Moon Over Alcatraz. 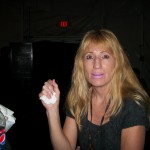 BIO:  Born and raised in the San Francisco Bay Area, Patricia attended St. Mary’s College, studied her junior year at the University of Madrid, received her B.A. in Spanish at UC Santa Barbara then went on to get a Master’s degree in Education at Oregon State University. She lives with her husband and two teenage children in Alameda, across the bay from San Francisco, along with two very large chocolate labs, Annabella and her son Jack. Her Friesian horse Maximus lives in the Oakland hills in a stall with a million dollar view.

BLURB: Brandy Chambers was looking forward to the birth of her first child.  She and Weston move from San Francisco 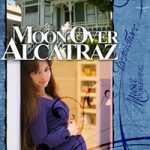 to the small town of Alameda to start a family, she’s writing her second book, and Weston has a fantastic job working on the Oakland-San Francisco Bay Bridge project.  Having this baby would make her already-wonderful life perfect.

But when the baby dies after a difficult birth, Brandy’s perfect life blows up in her face.  Stricken with grief, she and Weston pull apart.  This new distance leads them both to disaster.  Not until a chance encounter with her high school friend, Edward Barnes, does Brandy pull herself together.  Brandy and Weston agree to recommit to each other, striving to forgive infidelity and recreate their previous existence.

Everything is once again going according to plan–until Brandy discovers she’s pregnant.  While she struggles to cope with this new obstacle, Edward Barnes returns to town and discovers she’s having a baby, while Weston is torn between his love for his wife and his anger at her betrayal.  Can Brandy manage to keep her marriage to Weston together?  Will Edward be a part of Brandy’s life if she and Weston separate?

Thank you for coming by, Patti.

Check it out, readers. You’ll love it! ~~~ Kathy L Wheeler