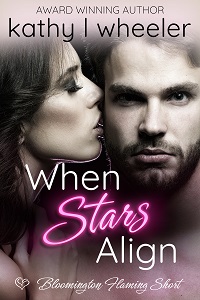 Available at Amazon and Free in Kindle Unlimited

Aiden Harrison is stunned by the change in his co-star. In college, she’d been the worst. A stalker he’d actually feared. Now, however, she was so hot, he could hardly keep his hands to himself.

Maylis Smith had no idea what to make of the man playing opposite her in the small play in this small theater. He blew cold, then hot, then colder. But she was a professional and her goals went deeper than this little Lyric production. All her dreams were about to come true.

It was just a matter of aligning the stars.