So how honest are you with your critique partners? And, are you still friends?

So my very excellent friend and critique partner, Alicia Dean, and I thought we would bring you something different in the way of a blog post. We are inviting you into the world of our critique group we call the Phantom of the Rewriters. Below is a transcript of our latest session where I offered my opinion of Alicia’s upcoming Suspense/Thriller, Without Mercy. Prepare to cringe. Honesty is tough.

KLW: Alicia, the story is pretty good, but I found it lacking emotion. There is a LOT of telling.

Alicia: Ah, okay. Well, I know your style is a little different from mine, you’re more into drama and emotion (translation: Kathy is a drama queen, but don’t tell her I said so), and my voice is darker and a little dry, perhaps. I’m sure there was some telling. I did struggle with this story.

KLW: True, but even with your style, you’re going to have to show more emotion. Here is an example of what I’m talking about. We need deeper POV here, so here are a couple of suggestions:

Alicia: Hmmm, okay. I see what you’re trying to do here, but my character wouldn’t think in those terms, not the ‘Ha, the escaped convict look sent them running every time. It’s just not his character.

Also, in the part below, I like the changes at the beginning, but where you’ve tweaked his thoughts to say ‘the shorter hair irked him’ doesn’t really work, because he’s not irked. I think some phrases are okay to be ‘told.’ I don’t think every thought carries an emotion and therefore, emotion doesn’t always need to be conveyed. Just my opinion, but I know my stories often lack emotion. (and Kathy’s are often overly emotional. But then, she likes theater, and I don’t. Amazing that we’ve managed to remain friends).

KLW: Yeah, yeah. I do love a bit of drama! However, he needs to feel something, whether or not he’s irked. Here’s an example where her reaction didn’t come across quite right. “Sighed” Really? Pretty mild considering the surrounding action.

Alicia: Yes, sigh isn’t the right reaction. I think my characters sigh too much anyway. Good suggestions on rewording. Here is how I fixed it:

Alicia: Duh! Uh, right, China wouldn’t have seen what Layla brought in since she was already there when China arrived home. And, yeah, the knife. They don’t just disappear into thin air, right? Uhm, see, I was just testing you. Yes, that’s it. Just making sure you’re paying attention. Yay! You passed!

KLW: (RIGHT, just testing me. Talk about drama!) Whatever! Moving on…here’s another example where we need emotion:

Alicia: That won’t work here. This is Gunnar and he is very unemotional. He’s robotic and matter-of-fact. Amusement wouldn’t curl his lips, or any other part of his body.

KLW: (Rolling eyes). Fine! I’ll let that one slide. (What, does she think this is HER story?) So now we get to the good stuff. 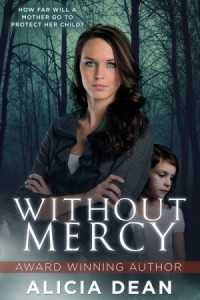 Blurb: How far will a mother go to protect her child?

When a seemingly random bank robbery turns out to be a sinister plan, single mother China Beckett is thrust into a nightmare. A group of mercenaries take over her life, threatening her young daughter and everyone they love. Each time China makes a mistake, someone dies. She’ll fight to the last breath to protect her child, but with no idea who to trust or what these people want from her, that might not be enough.

As the lives of China’s loved ones are jeopardized, she must take action, although she has no idea where to turn—and time is running out. But then, a startling truth is revealed and China discovers that the only person who can save them might be a ghost from the past.

Excerpt: “The robbery was only a small part. You will know more when the time is right. Right now, all you have to know is that we expect complete obedience.”

“Obedience? You invaded my home. Threatened my life. My daughter’s life.” China ran a shaky hand through her hair and shook her head. “You want me to do what you say and won’t even tell me why you’re doing this. This is too bizarre. Too much. I can’t—” She sighed, shook her head again. “I can’t do this. I don’t understand why.”

“Perhaps this will help.” Royce motioned with his hand, and Marcel came around to place the laptop case on the table. He slid out a computer and booted it up. His stubby fingers clicked a few times on the keyboard before he turned the laptop around facing her and Royce.

The screen filled with what seemed to be a live feed of a coffee shop. At a small round table next to the window, a professionally dressed man and woman leisurely sipped from cups. Only a few other patrons were in camera range. One was a teenage boy who stood behind the couple, staring up at the menu; the other a young mother with two small children at a table nearby. China frowned. She didn’t know any of them. “I don’t know what you want. What am I supposed to be looking at?”

“Which one?” Royce asked. 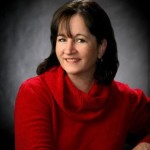 Royce tapped a finger on the screen, first on the man, then his female companion. “Which one do you want to die?”

Bio: Alicia Dean lives in Edmond, Oklahoma. She has three grown children and a huge network of supportive friends and family. She writes mostly contemporary suspense and paranormal, but has also written in other genres, including a few vintage historicals.

KLW: So now that we’ve shared a little of our brutal attempts to help one another, how do you and your crit partners fare? Do you still have crit partners? Are you still friends? I know that I’m very lucky, blessed to work with such talented authors unafraid to blast my work if it needs it and vice versa. True friendships are cultivated through honesty, and that’s a gift worth cherishing.  Happy Reading ~~ Kathy L Wheeler