Why Wolves ~~~ by Margay Leah Justice 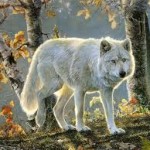 Whenever I discuss my latest book, Sloane Wolf, people often ask me, Why Wolves? And I have to say, why not? Wolves are fantastic creatures that mate for life and are truly faithful to their mates (from what I’ve read), and we humans could learn a lot from them.

As it pertains to my book, however, it was rather serendipitous that I ended up writing about wolves. I didn’t intentionally set out to do so, but a series of events conspired to make it happen. The first event came in the form of a book that was ultimately made into a movie that got me to thinking – and anybody who knows me can tell you that when I get to thinking, things begin to happen…in a writing sense that is! I can turn the smallest nugget of an idea into a story, if motivated enough to do so, and that is how this story started out, as just a nugget. So there I was, inspired by this other book/movie enough that certain scenes kept kicking up in my head (ahem, fight scene), but content just to imagine it in my head. 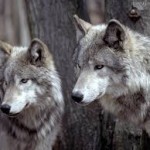 Until event number two happened. That would be a contest that an electronic publishing company was running with the theme of – you guessed it – wolves. And so I thought, why not? I had some interesting scenes kicking around in my head, the contest was for a novella length story, so I had enough to accomplish that. And with the help of event number three – discovering an article about gray wolves returning to Massachusetts after a100-plus year absence – a true story began to formulate with legends of wolves and why they “reappeared” in the state after such a long absence. Wow, I thought, this was really going to be something, if I could get it all together in time.

Trouble was, once I started writing, I just kept on writing and I over-shot the word count. One thing I forgot when I set out to enter this contest: I have never been able to write short. I keep trying, but I usually have so much to say, it doesn’t conform well to short stories or novellas. Not wanting to cut anything to fit the guidelines, I simply finished the book for me. And by the time I was finished with it, I knew that I had to try to get it published anyway, I felt that strong about it. And after several fits and starts, I finally found the right publisher for it in Muse it Up Publishing.

For more than a hundred and fifty years, the gray wolf has failed to roam the hills of Massachusetts, leading to the belief that they are extinct. But with a spattering of sightings across the Berkshires, the legend of the gray wolf comes to fruition. The product of that legend, Micah Sloane will go to great lengths to protect his kind from the threat of outsiders, who seek to exploit the legend for their own interests. One thing he didn’t count on, however, was finding his soul mate in the company of such men.

So there you have it. The serendipitous events that led to the birth of Sloane Wolf… 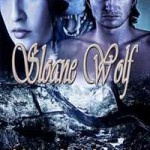 From the first time she predicted a stranger’s imminent death when she was little more than a child, Shiloh Beck knew she was different. Wishing to cultivate her gift, her parents made the fateful decision to enroll her in a private school for paranormally gifted children. Unbeknownst to them, the school was just a front for a research facility simply called the Institute, whose secret board members weaned gifted children from their families to exploit their gifts. Shiloh has spent the better part of her life trying to escape the Institute and reunite with the family she was told had abandoned her.

From their first meeting, Micah and Shiloh share a connection that goes beyond the normal to bond them in a way that love alone cannot. But before they can build a life together, they must deal with the fall-out when the legend of the wolves collides with the men behind the Institute.

Thank you so much for coming by, Margay.