I know I’m late posting about July. And August has been downright disastrous. I can’t really figure out why. Summer? The heat? Too busy to read? I have no idea. It’s a little depressing. So, here are the screen shots for July and August. 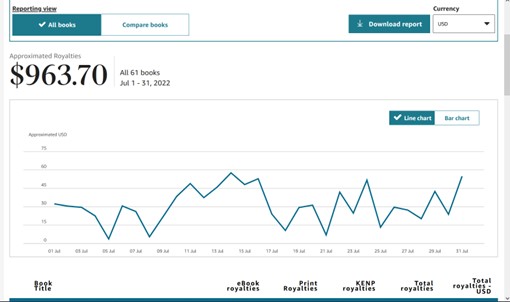 This is July. As you can see, it ended on a high note. August is not over and it’s flat out disappointing. Today is the 28th and I’m still in the red by $20. However, I do have a Robin’s Reads promo that runs tomorrow. So there is hope yet for the month.

Yesterday, I did a post on the Cinderella anniversary version of the Rodgers and Hammerstein with Whitney Houston and Brandy. (It aired Wed, I believe). My Cinderella Series is based on the R&D but the 1065 version with Leslie Ann Warren and Ginger Rogers with a major twist. The slipper fits one of Cinderella’s evil stepsisters. I boosted the post and there were 230 downloads on AMZ for book 1, and the rest of the series sold too.

When you look at the 26th, for some unknown reason the sales hit $53. Yesterday, was still okay with $37. And, Book 1, The Wronged Princess hit number 1 this morning in the AMZ kindle store for Renaissance Historical Romance. I’m please with this, because the free book did translate into click throughs. 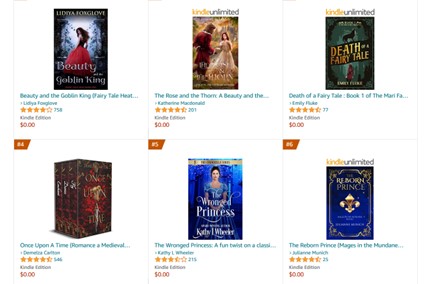 And, most pleasing of all is the overall rating of #390. So if tomorrow pans out with Robin’s Reads, I might just make it into the black. *sigh*