The Surprising Enchantress ~ book iii of my Cinderella Series, introduced us to Lady Kendra Frazier. She is the heroine of The English Lily. This scene, which was cut from book iii, gives some important insight to Kendra’s greatest fear.

“But I’m ’posed to sit in Aunt Sessie’s lap.” Edric stomped his foot in a full-fledged temper tantrum, by Essie’s reasoning.  Edric poked a thumb in his puffed out chest.  “I am the prince.”

His mother cast him a calm smile and said, “Oui, but you will be the prince sitting alone in his bedchamber should we have to suffer another outburst such as this.  Now, kindly take your place next to Auntie Cill, or me, s’il vous plait, so we may begin.”

Essie’s eyes met Cinde’s sparkling with silent approval.  Essie pulled Arabella’s back against her chest, allowing the drama to play itself out.  Arabella’s thumb rested between slack lips taking in every minute detail of the scene.  She would be a quick learner, Essie knew.

“You need to sit, Edric, so we can begin,” Cinde told him once more, firmly.  He promptly stomped over to Cill and stood before her.  That’s when Essie noticed her closed eyes and unnaturally pale features.  She frowned.

“Cill?” She prompted.  Cill opened her eyes and gave a wan smile.

“I fear I feel slightly under the weather.  Do not worry, I shall be fine.”  Cill patted the open space on the settee beside her.  “Come, Edric.  I vow your presence will soothe me.  Just pray, do not breathe all the fresh air.”  He crawled up beside her and wiggled his bottom to a comfortable position situating himself.  Once settled, he looked at her a moment before taking her hand in his small one.

“We are ready, Mamán,” he announced.

“Merci.  Now, whom shall we start with?” Cinde asked.  She flipped the pages of the worn volume in her lap.

“Edric, we do not shout, ma chére,” Cinde chastised.

The door to the chamber opened.  Lady Kendra stood, poised with a cool expression.  The room fell silent.  She looked a veritable goddess, in the morning sun.  Essie frowned, irritated.  What was she doing here?

“Ah, Lady Kendra.  I am so happy you were able to join us.  We were just about to start,” Cinde smiled.  She really was taking her duties as princess to new heights, Essie groused inwardly.  “Have a seat, s’il vous plait.”

He scooted from the settee.  With one arm across his middle and the other bent at his lower back, he gave Lady Kendra a regal, eloquent bow before jumping ineloquently back on the settee snatching up Cill’s hand.  Cill’s frown securing a quick, abject regrets.

“My ‘pologies, Auntie Cill,” he whispered.

Cinde indicated her approval with a slight incline of her head, drawing a radiant smile from Edric.  Essie watched the scene unfold, lips twitching, but she managed to mask her amusement. “Since we’ve such a distinguished guest, would you consider something a bit more appropriate than war this morning, mon fil?  Would you, perchance, consider Orpheus, the son Apollo and Calliope?”

He poked out a petulant bottom lip.

“The story of Eurydice and Orpheus is a famous love story,” Cinde said.

Essie quelled his groan with a stern look.  He squeaked out instead, “Oui, Mamán.  But, mayhap after Orpheus, we could hear ‘bout Heracles, the half man, half god?  He was very strong—” He paused.  “—like me.”  He flexed a tiny bicep to illustrate his point.

“We shall see,” his mother compromised.

“That is not a muscle, Edric,” Cill said.  Lady Kendra gasped at Cill’s bluntness, while Essie compressed her lips.  There was no call to be rude.  But Edric handled the matter princely enough.

He patted Cill’s hand.  “Auntie Cill, you pro’bly missed it when you had your eyes closed, non?  Mayhap after your rest I will demonstrate once more, as you are not feeling so well.”

A muffled giggle escaped, but Lady Kendra covered nicely with a soft cough behind her hand.

“Ahem,” Cinde cleared her throat.  She turned to Lady Kendra.  “Would you care to start, milady?  We’ll begin with Orpheus, as Lord Edric has given his seal of approval.”

“Oh…n-no, please.”  Her obvious panic was curious, Essie thought.  “I would be t-t-too ner-nervous.”  Who would have guessed the perfect Lady Kendra Frazier afraid of anything?  But afraid, she was. 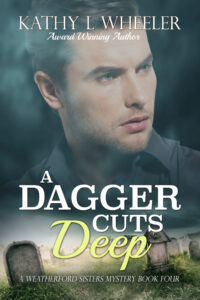